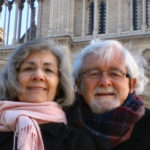 Francine and Bruce are both licensed psychologists who have been married to each other over fifty years, have four adult children and six grandchildren. They specialize in working with people in relationship: couples, parents, and singles who want to be in relationship. Each has trained extensively under Dr. Harville Hendrix and both are on the faculty of the Imago International Institute in New York City and Bruce has been the Dean of the Faculty for the two years 2003/4.

They say, "Working with relationships has become our specialty ever since we went to a "Getting The Love You Want Couples Workshop" put on by Harville Hendrix in Los Angeles, 1989. We were in deep trouble then in our relationship, and even though we were psychologists trying to help others, we were in crisis ourselves. The workshop was a profound experience for us and turned us 180 degrees around.  We are hoping to share what we are learning with you."

After the workshop, they studied under Dr. Harville Hendrix in New York City for the next five years (1990-95). For 23 years they put on his workshops and trained psychotherapists in Imago Relationship Therapy.

Bruce was raised in China of missionary parents, while Francine was raised in France. They met and married in Paris and have remained international ever since, putting on workshops and training in the United States, Australia, New Zealand, Norway, Croatia and France. Bruce and Francine are in demand as speakers. They are experienced educators and trained therapists in Imago Relationship Therapy from 1993 to 2016. They co-founded the Pasadena Institute For Relationships in Pasadena, California, in 1990. The Pasadena Institute For Relationships was the West coast training center for Imago Relationship Therapy until 2016.

They now live in Paris, and while in partial retirement, they still operate as the "Pasadena Institute For Relationships". They focus on writing books and articles, giving presentations and seeing clients both in Paris and via Skype. 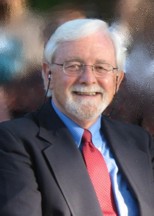 Bruce received his Ph.D. from Fuller Graduate School of Psychology in Pasadena. He is one of five Certified Master Trainers in Imago Therapy and was Dean of the Faculty of the Imago International Institute for two years. Formerly, he was Chief Psychologist at Sierra Royale Psychiatric Hospital in California for 14 years and directed the clinical psychology internship training program there for Ph.D. candidates from APA approved programs.

Bruce enjoys diversity. He has owned and operated a commercial salmon fishing business in Alaska for 43 years, and sold it in 2000. Also, he and his business partner, John Dick, Ph.D. a JPL scientist, developed the SpringWalker which he says will revolutionize transportation in the 21st century. Click the link and take a look! (Yes, that's Bruce on the SpringWalker.) 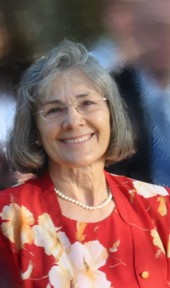 Francine received her Ph.D. from the University of Southern California (USC). She was born and raised in France and is now starting to bring the Imago Couples Workshop and therapist training to Paris. She has written a book and an audio tape set on parenting called, "Raising Cooperative and Self-confident Children." She presents a one day workshop for parents by the same title.

Bruce and Francine are sought after as speakers at conventions, civic groups, professional continuing education events, church groups, etc. If you would like to ask them to present at your group or organization, contact Bruce or Francine. They would love to fit you into their schedule. They are dynamic and entertaining speakers.

They now live in Paris, France and can easily be reached. Contact Bruce or Francine.